‘Twas the Season to Give Away Toys & Holiday Cheer

Southern California Masons spread joy during the holidays by helping youth and seniors in their communities.

Masons truly understand the value of helping those in need and spreading holiday cheer to community members young and old. This past holiday season, several lodges in Southern California participated in an annual toy giveaway and delivered good cheer and gifts to elder Masons and widows. 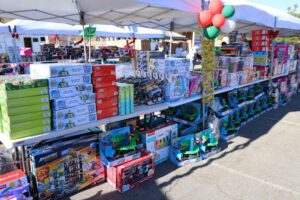 On December 20, San Fernando Lodge No. 343 spearheaded a heart-warming holiday effort by contributing to and volunteering in the annual First Responders Drive-thru Holiday Toy Giveaway at Dodgers Stadium in Los Angeles. 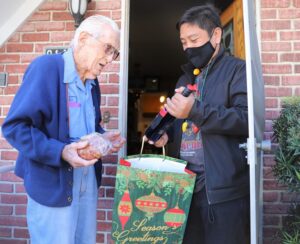 “It was a great privilege to join our first responders in the holiday toy giveaway and it was an eyeopener for most of the brethren attending the event,” says Sean Yu.

Beginning as early as 5am, Masons and prospects volunteered alongside first responders as cars filled with eager children and their families snaked in what felt like a never-ending line around the stadium parking lot. As each car passed a long row of toy-topped tables, arranged under canopies, children of varied ages and ethnic backgrounds would lean out their car windows with masks on and point excitedly to toys. Masked first responders and volunteers handed over the toys and wished them “Happy Holidays” in both English and Spanish. “The kids were extremely happy, especially during lockdown, to be out of their houses receiving new toys of their choosing,” says Yu. “Witnessing their angelic smiles, made it all worthwhile.” 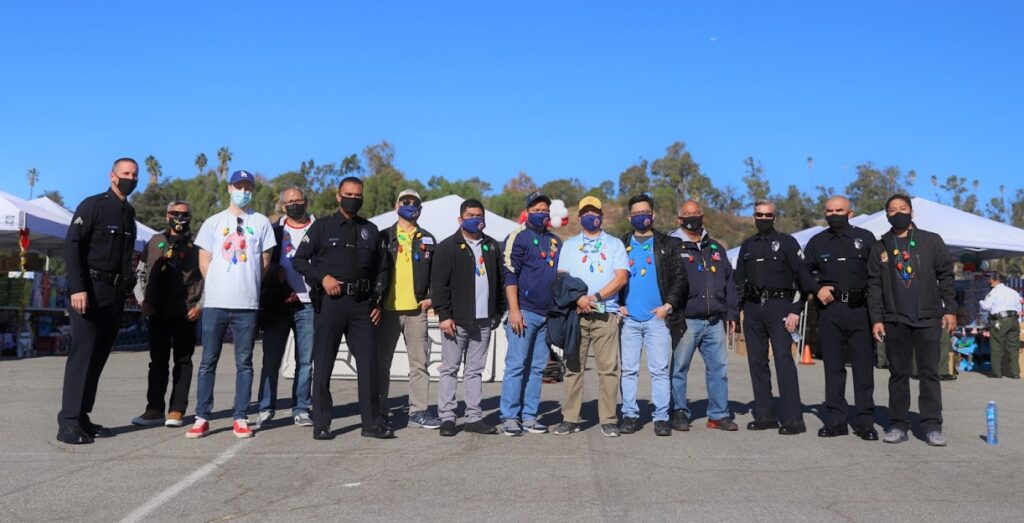 Sharing even more seasonal joy, members from San Fernando No. 343—bearing gifts, support, and warm holiday wishes—also visited past masters and widows during the holidays. “Hosting and visiting brethren can make the residents in the community feel the relevant and benevolent presence of Masonry and Masons in their midst,” says Yu. Tidings of great joy to all!